Is another 1987 crash around the corner?

During a bull market, it seem like every single year a chart will start circulating comparing the current price action to a terrible period like 2008, 1987 or even 1929. Well today is that time again. Yogi Berra said it best: "It's like déjà vu all over again." Here is the chart that is making its rounds on Wall Street.

My thought is that is almost completely useless. Simply lining up two data sets and seeing a similarity doesn't make it predictive of the future. First of all, every pattern will break trend eventually. Secondly, you can match many data sets to previous time periods and get a very different picture. To take just one factor (price) and try to extrapolate out is meaningless and a waste of time.

Besides the price action of 5 months, are there any similarities to 1987 that you should be fearful of and start selling? Luckily, we don't have to go very far to ask someone that not only remembers 1987, but actually took decisive action for his clients before the bloody Black Monday. The founder of Runnymede, Samson Wang, raised huge cash reserves in the summer of 1987 and was written up in the New York Times article, "What the Bears of Summer Sensed."

He liquidated about $400 million in stocks in the weeks before Oct. 19, the day the Dow Jones industrial average recorded its historic 508.3 point drop. ''It's a very lonely decision when you take drastic action like that,'' he said. ''You have to be confident that you are on the right track, or you are risking the firm's future.''

The good news is that the current environment doesn't resemble 1987 and we don't see the same red flags that Sam saw in that ominous summer past. Back then inflation had risen from 1% to 4% in a matter of months. Interest rates followed suit and the 30-year Treasury rose from 7.5% in March to 9% in May and spiked to over 10% in the days leading up to Black Monday. This caused equity valuations to look extremely unattractive.

Today inflation has picked up slightly but at 1.5%, it still is well within the Fed target range. Furthermore, 30-year Treasuries yield just 2.86% and have fallen since the beginning of the year. Equity valuations remain attractive given the low rate environment and don't resemble the environment of 30 years ago. For now, all is clear. 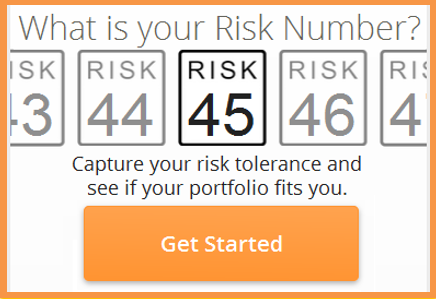 "No Known Restrictions: Traders on the Floor of the New York Stock Exchange, 1936 (LOC)" by pingnews.com is marked with CC PDM 1.0

The Tidal Wave of Retail Spending Has Begun

Is Your Portfolio Ready for the Great Re-Opening?

GameStop (GME) Goes to the Moon

How Will Treasury Secretary Janet Yellen Impact the Stock Market?

New Market Highs and Rising Risks in the New Normal

Turning Concentration into Diversification with an Exchange Fund

Commission-Free Trades and What It All Means

Are you about to lose your Facebook and Google exposure? The sector shuffle explained