Starbucks is opening its biggest outlet ever on Wednesday in Shanghai and the company is expecting huge crowds to experience the 30,000 square foot store. The "Starbucks Reserve Roastery" is on Nanjing Road West, the city's most famous shopping street and has been heavily promoted for months on social media. Starbucks has big ambitions in China and this puts the exclamation point on its intentions.

Here are some interesting facts about the world's biggest Starbucks location:

For those that visit Shanghai’s Roastery, Starbucks has included an augmented reality experience. Customers can use their smartphones to learn more about key features within the Roastery.

Diners need only point their phones at items within the Roastery to get more information about them and Starbucks’ history. The “tour guide” is powered by Alibaba. Customers in China can pay for Starbucks purchases using the mobile payment service from Alibaba-affiliate Alipay, which the roaster began accepting in September. 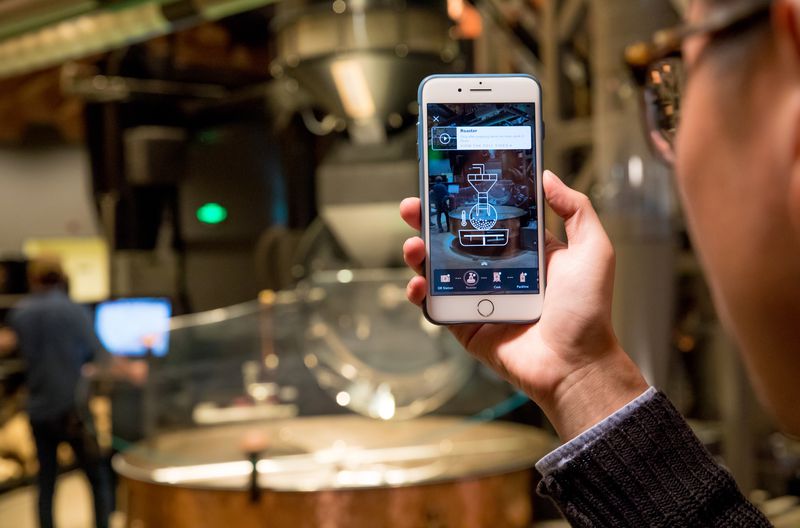 China has become Starbucks’ second-largest and fastest growing market. There are more than 3,000 Starbucks stores in China, with 600 in Shanghai alone, and Starbucks plans to increase that number to 5,000 by 2021. At this rate, the coffee giant estimates that a new store opens every 15 hours in China.

"It's obvious to us that the holding power of China for Starbucks is going to be much more significant than the holding power of the U.S.," founder Howard Schultz said Tuesday at a briefing to unveil the new cafe. China is on course to be the company's largest market in less than a decade, he added.

Starbucks' same store sales in China rose 8 percent in its last quarter, far outpacing its global 2 percent growth. Revenue from the Asia-Pacific region is almost 15 percent of Starbucks' revenue for the fiscal year ended in October - that's up from just 5.5 percent five years earlier. Clearly the company is excited for the enormous growth potential in China which has a long runway for expansion.

New Market Highs and Rising Risks in the New Normal

Turning Concentration into Diversification with an Exchange Fund

Commission-Free Trades and What It All Means

China-US trade: Deal or No Deal

Are you about to lose your Facebook and Google exposure? The sector shuffle explained

US stocks outpacing international again in 2018

Is the Year of the Dog bullish or bearish for the market?